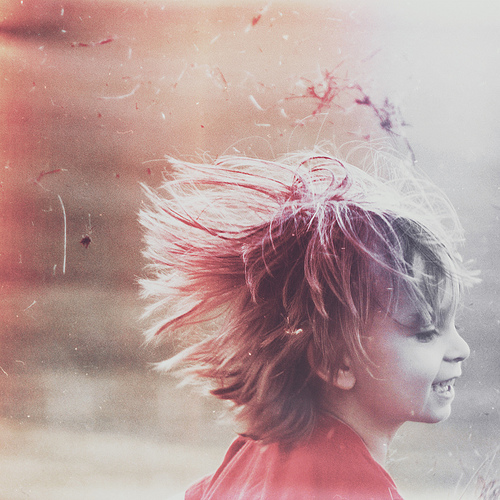 When thinking of self-hypnosis, many people think of mysterious and dangerous manipulation of the mind, some believe it doesn’t exist, and it’s bad (an interesting set of beliefs.) while some envision a Freudian type office with serious therapist swinging a watch in front of the client’s eyes. Some think it is mind control that “makes” people do stuff they don’t want to do. Most religious systems warn people of its dangers, only to hypnotize their flock into their point of view.

Here is my spin on this mystery. You are always in a state of self-hypnosis, except sometimes the trance you are in is not the kind you want to be in, or the kind that is useful to you.

You mind is always engaged. Your brain is always thinking, and you are always in one kind of an emotional state or another. Every time you are watching an engaging movie and block the other sounds from your immediate awareness, you are in a state of self-hypnosis. in the state of curiosity. Every time you are angry or excited or in love, you are in an altered state. When we say “altered”, the question that comes to mind, is “what is un-altered or “normal”? Thinking about this further, all states are “normal because they happen within the scope of human possibilities. Not all states however are resourceful. It is not resourceful, for example, to feel scared when writing an exam. A more resourceful state would be focused curiosity. What would happen if instead of fear you could feel exhilaration and ferocious curiosity about the answers hidden in the questions?

What would it be like if you could silence the voice of doubt and instead hear the voice of confidence? How would your life change if instead of replaying the movies of the past you could create the memories of the future now and step into your purpose, driven by a powerful vision?

Emotional states happen for a reason and are created by us. Your mind is constantly engaged gathering information and making sense of what you hear and observe. You are creating meaning which gives you a reason to focus, decide and feel. That reason is the program you have in your mind which was installed at the subconscious level a long time ago. There was a time when you adopted a belief about who you are, and how the world works. You have created a script inside your mind where you are the main character expecting to experience certain things based on who you decided you were. Inside your mind there remains a hidden and very personal “I am”. That belief provides a solid foundation for all other beliefs as it determines your filter of perception – the lens through which you are perceiving “reality” and creating expectations. It is the engine that drives your emotions and determines what kind of reality you are living in.

Self-hypnosis is a tool for you to take charge of your emotional states. It is the tool to help you change the scripts of your mind and design new movies inside your mind…

The only difference between a movie in a theater and the movie of the mind is the fact the theater version has a set, actors, script writers, and a director. The movie inside your mind is exactly the same, except the set is a virtual location chosen by your mind, you are the director, the script writer, and the main character. You are replaying that tape with great precision. You are also responding to it the same way you would respond watching a captivating movie. 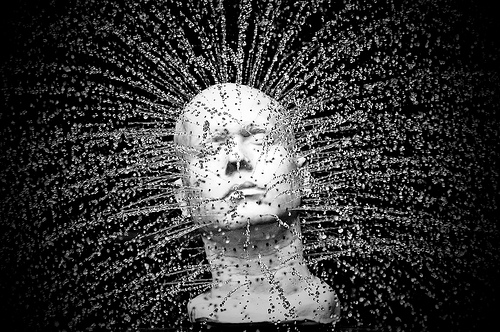 You are in charge of your brain. A wonderful thing is, your brain is always doing something. When it is not directed it starts creating movies on its own. Sometimes it creates horror movies. Richard Bandler, the co-creator of NLP once said, “It takes adequate planning to feel bad”. It is easy to imagine how terrible a camping holiday will be, how badly someone will react to you, or imagine how you will fail at the exam. It is also easy to remember an unpleasant experience from the past, and “play that tape” over and over again.

The good news is you can be very successful at planning to feel good, imagine an amazing camping trip, and expect the best response to your proposal. It is just as easy to change the voices in your mind.

I had a client once who was successfully employed by the military and wanted to advance in his career. The only challenge on this path was completing a grueling boot camp where he was intimidated by a senior ranking officer assigned to his unit. All participants were stripped off their names and assigned a number. My client was given a number – five.

When the senior officer shouted at him “number five, get it right”, my client froze and could not perform the task.

When describing his “frozen state” he was close to tears.

I listened to him carefully and immediately knew the script in his mind. That script was written a long time ago when he was exposed to a critical, controlling and imposing and punitive significant male figure.

Now, years later, in the presence of that senior officer he instantly reverted to that child. He imagined himself as small and powerless, at the mercy of that officer. He created a movie where he was to be punished and failed. The officer “became” larger than life, The voice was the voice of doom in the mind of my client.

The only thing to do I thought is rewrite that script. I asked him if he agreed that officer was once a child and “shitted himself”. My client agreed and laughed. I then asked him to imagine that same officer in a body of a three year old, wearing his tiny uniform, shining boots, screaming at the top if his child’s voice, “number five, get it right”. The intimidation factor vanished as if by magic because the script was changed. I then got him to imagine that officer at various stages of life, screaming the same words. As we went through these various scenarios, my client lost his intimidation factor and instead began to wonder what he could observe in this officer, which would help him advance in his career.

Fear was replaced by curiosity. He changed the script of his mind. Now, instead of feeling like a helpless child he began to feel like a man on the path to realize his career dreams, inspired by what he could learn from someone he admired. A very different scenario.

When you examine your life you may find scripts you want to change. You may also want to write a new script. The good news is, you can. The self-hypnosis systems are learnable. Once you learned these systems, you have gained freedom. You are truly “driving your own bus”. You have gained control of your life because your mind is serving you. You are in charge. Have fun.

“It is a stupid strategy trying to kill a fly with a machine gun. A drop of honey will do the job. That’s how you resolve conflicts.”