Why Procrastinating Is Impossible Despite Contrary “Evidence” 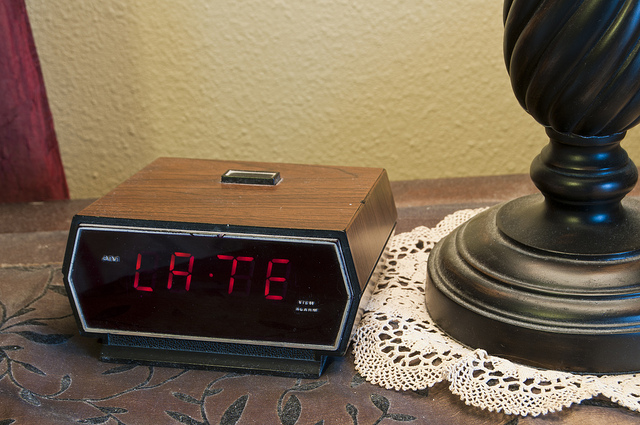 Many times clients will come to me with a “problem.” They believe they have a specific problem based on tangible, verifiable “facts” they interpret as evidence of having that “problem”.

When I ask them why they think they have that problem, they give me these very “facts” to support their belief they have a problem, and often their body language will reveal how deeply committed they are to holding this belief. After all, they like to be right. RIGHT?

Often their ” problem” shows as an inability to complete things, or waiting for so long that this, which required completing, became obsolete. I call it patiently becoming even more patient. Its good to be patient, isn’t it?

This obliteration serves as further evidence, which they turn into a global identity statement: “I am stupid, lazy, unintelligent” Or, “I am failure” which often appears together with some mild tears. They are firmly supported by further evidence of not having completed that which needed to be done and wasn’t, couldn’t, hadn’t, and so on, but should have, would have, if….etc.

I love those statements as they are fun to challenge. I look deeply into their eyes and ask them, “So how long have you been procrastinating?” Or maybe, “You used to believe you would not be able to do that which you believe is important and you want to change now”?

“Ohhh, 15 years” they will say, for example. So I say, “Wow, you are good at this. Very, very good….So how do you know when you start doing this (stopping themselves from doing”)? They immediately give me a whole bunch of details in which they delineate their strategy. And let me tell you, very precise, details are abundant and prolific.

Then they give me their values.

“Why is it important to do that?” I then say, “Cool, obviously you are very good at that. You are master. You had been successful at precisely completing your strategy for many years. You could teach Procrastination Master Classes. There is money to be made, did you know that? Hard cash to be made…and enjoyed.”

“You rock man…. You really do…. So you had, at least in this instance, not procrastinated. How about if you applied the same strategy to completing something? For example: going to the bathroom with a huge need. Wouldn’t it be useful to withhold going so you would have more time to devote to developing further excellence in procrastinating? Three times a day…. adds up to half an hour if going is slow, you know. Sometimes once is enough to disrupt the day. I’ve known of being in there for an hour.”

Their eyes go in loops, reversed twists and random zooms and they nervously laugh. Then I say, “What is it you don’t want to do and want to stop procrastinating doing?”

They give it to me. We then apply the same mental strategy they already gave me earlier and we apply it to a behavior or not. At which point, we stop procrastinating to decide that procrastinating is good…just an idea. There aren’t too many buyers for that one but, on occasion, I meet one and they feel really good in the end.

I find it a lot of fun examining and reframing sets if underlying beliefs. Some beliefs are real rockers, they really are.

“Unless you believe yourself, no one will believe you. People respond to what you project.”