NLP Techniques to Develop Self Confidence 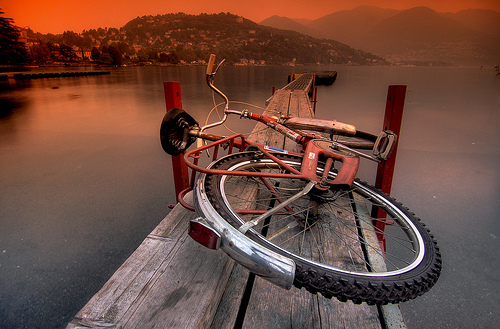 If a thing is humanely possible, Consider it to be reachable
Marcus Aurelius

Positively interacting with yourself is what determines the quality of your life. We also influence others (whether we want it or not) with our emotions. Our emotions are messages to others.

To be able to INFLUENCE others you must have a good relationship with yourself and to yourself.

You are projecting onto others what you believe about yourself. You are always a part of the equation.

To transform your life you must transform the way you view yourself and how you talk to yourself.T hat change must occur on the conscious and unconscious levels.

Change the Negative Self-Talk into a Positive One

Negative self-talk is one of the most insidious ways we sabotage success.

Negative self-talk creates negative feelings, and obliterates your inner resources including your creativity. When you our attention gets absorbed inside a negative dialog and imagery, your creative force goes into creating more negativity.

A depressed or a fearful person cannot fully access their potential, and operates with a limited repertoire of abilities.

I remember a couple of my friends in high school who continually told themselves they couldn’t do mathematics. Even though they did their homework, practiced the exercises, and understood the material, on the examination days they “forgot” almost everything and failed.

Their poor results did not reflect their skills. My friends’ self-talking blocked their ability to express their skills, sabotaging their chances for admission to a good college.

Negative self- talk is a source of much misery in our lives. Fortunately, we can easily change it. One strategy for doing this is, and a favorite of cognitive psychologists, is to say STOP! As soon as we become aware of it.

When we say the magic word STOP, our brain forces us to take a break and re-evaluate the situation.

Another very effective way to eliminate negative self-talk, is to replace it with a positive self- talk.

When you catch yourself using a negative language, say to yourself, “You are better than this. Yes, you can do it. You can get this result”. To do this, you must pay attention to your feelings and become attuned to the internal dialogue you use when you talk to yourself.

Another very effective way to rid yourself of negative self-talk is to reframe the negative self-talk. The first step is self-awareness. Some of us when confronted with adversity say things like, “I’m not good at this, nothing will work anyway, and I’m not able to do it”.

We attribute the adversity to some deficiency in ourselves and compound our paralysis by telling ourselves that it applies to everything we attempt, and that it will last forever. The foundation for a pessimistic world-view is thus firmly established, the attribution is personal, permanent and pervasive.

One way to get out of the pessimism trap is thorough appropriate attribution. I read a book, Learned Optimism, by Martin Seligman, which is perhaps the greatest manual for combating a negative mind-set. In his book, Martin recommends a frame that he calls the ABC model. “A” stands for adversity, an event that triggers the negative emotional state, “B” stands for a belief that is reflected in negative self-talk, and “C” is the consequence of this belief.

Once you become aware of this pattern, Seligman suggests adding additional steps, “D” and “E” to the process. “D” stands for Disputation. “E” stands for Energizing. When we notice ourselves engaging in negative self-talk, we need to dispute the underlying belief. He suggests the following ways to dispute a debilitating belief:

The last step in Seligman’s process is “E”, which stands for Energizing. When we are successful in disputing our negative beliefs, we feel energized and optimistic.

The Swish Pattern to Reframe a Negative Self-Image

The technique of replacing a negative self-image with a positive self – image is called a Swish Pattern. This is a classic NLP technique. This is how it works:

Do you remember the classic story of Pavlov and his dog? If not, here is the story. Pavlov was a Russian psychologist who demonstrated that when a dog was exposed to food and a particular sound enough times, the dog would salivate in response to the sound alone. Pavlov gave food to the dog. The dog salivated when exposed to the food. Then Pavlov rang a bell when giving the food to the dog. After a few trials, Pavlov only rang the bell. To his surprise the dog began salivating as if the food was given. The dog associated the sound of the bell with food.

Humans do the same thing. Remember my friend who repeatedly failed math tests? He associated math tests with a punishing father. Every time my friend sat a math test, he experienced the same emotions as when his father was criticizing him. In other words, the fear of the father became anchored to the experience of writing math tests. In order to perform in math exams, my friend would have to cut the emotional link between a response to his father and the experience of writing a math exam. The technique I will give you now, will help you in situations where you may find yourself unconsciously responding to negative experiences in your past.

Identify the negative feeling. Let’s say you are experiencing fear. You may be afraid to make a particular phone call or to take some action. Recognize you have created this monster and have created an internal strategy to have created it.

Change the qualities of the negative feeling. Imagine that feeling standing in front of you as a dark cloud. Imagine a laser light going through it until, it’s not even visible. As you are looking at this transformation, remember to sing a loud happy a song in your mind, and make the fading image spin counterclockwise.

Now remember a specific time you felt great, where you felt confident and inspired. This emotion is very much alive in you. It is a part of your cellular memory. Access it and through this lens, look at the situation you are so afraid of addressing from the center of your authentic self. It seems different now, doesn’t it? Make it huge now.

Rid yourself of the negative feelings by replacing them with positive feelings. Bring back the most positive memory and the associated feeling quickly blows through the negative emotion. Watch it disintegrate.

Thinking like a winner is being able to harness your emotions and change the way you think. Negative feelings happen only as a result of you doing something inside your brain to create them.

Bringing negative events from the past to the forefront of your mind is a strategy for failure.

In retrospect, once you have learned something from your past mistakes, you will have accomplished growth. The event was only a stage of life where you had something to learn. The only thing that remains is useless props.

Creating amazing memories of the future takes the same amount of “work”, except your brain is engaged in a creative work – designing what you want.

Why not imagine an amazing wonderful you can create now and for a moment close your eyes and imagine yourself experiencing this. The fact you are able to create such a dream is a testimonial to your ability to create in your life.

All great things started with a thought. A thought is the seed of creation. By thinking differently, you are shaping your reality.

NLP is a great tool to help you reshape and restructure your thinking and your relationship with yourself. If you suffer from low self esteem issues, book a free 30 minute consultation.

“When you worry about not being able to do something, you are actively designing the “evidence” of that. Step aside for a moment and take a look at evidence to the contrary, Open your mind to possibility it is only as easy as one step at a time. The HOW suddenly becomes obvious.”