NLP Perspective on How Teachers Fail 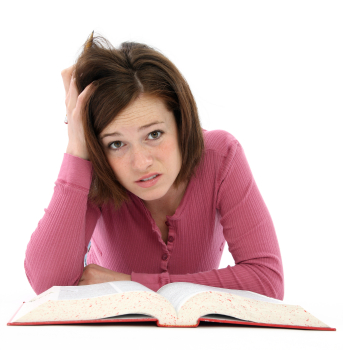 Many students come to me worried about being unable to “LEARN” things, with a belief they are “stupid”. Their “evidence” is poor performance on a particular test or a series of tests.

The sense of failure and inaptitude is often compounded by a deep feeling of shame and fear of disappointing others-often the parents. The notion of having to write another test in the future becomes a monstrous obstacle to joy. Depression sets in and the circle starts spinning-round and round.

In some cases monsters infiltrate their sleep…….

When faced with such clients, I often realize they focus on not being able to write the test, and search for evidence why they shouldn’t be able to write it, which makes it impossible to focus on the task at hand. They may as well start chatting on facebook, as the end result will be the same.
When people are busy screaming inside their heads, they cannot slow down the time to pay attention to what it is they are supposed to learn. Their attention is focused on the internal voices convincing them of How Hard or Impossible it is to succeed at the task at hand.

This is easy to fix.

It also brings to mind the notion of a teacher. The task of a teacher is not merely be a conduit for information, linearly serving material on a shovel, but be an educator offering learning strategies, and showing learning can be fun.

A true educator facilitates curiosity encouraging students to explore new ideas and be playful with the tools, become generative and creative with the knowledge, open to possibilities. In such a context people forget to be afraid of the monster that is the subject matter.
When students becomes generative, they step away from becoming a technician who memorized the material and can easily forget it, but steps into the realm of an artist who enjoys trying new things and putting what they had learned into new configurations. By the way Universities are full of specialists who became masters at linear storage of material, never having stepped into the realm of creative joy. Linearly they regurgitate linear material and linearly forget to remember there are different ways to think about “stuff”.

People had learned something when the subject matter became so ingrained in their overall “vocabulary” they use it instinctively, enjoy it, and find new ways to apply it.

This is how I taught calculus to an eight year old. He grasped the limit theorems and derivation, had fun with Euclidean coordinates and never thought he was doing MATH.

When people bring their depressed kids to me, I ask them – Had you ever hear of a suicidal kid in Disneyland?

As part of the therapy I often suggest to parents, they should schedule their next hot date with their partner in Disneyland. Three days are a minimum number of days prescribed.

Then they should go back and bring the kids with them – for another three days.

What if their kids could have as much fun learning as they have on the Small World ride? Soon would they remember to forget that school is boring, math is difficult and literature excruciating.

It’s only a matter of approach.

If you want to learn good NLP, check our website for schedule of events.

“It is not how difficult something is. It’s how creative you allow yourself to be.”