Neurolinguistic Programming Demystified – What You Need to Know 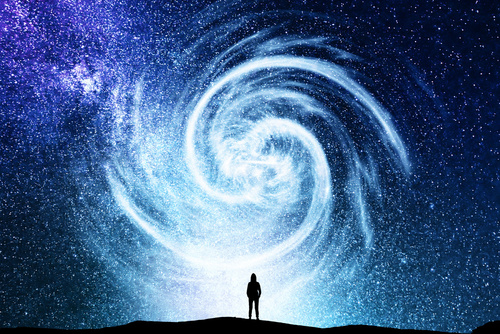 The label, Neurolinguistic Programming evokes all sorts of reactions on people.

It’s been around for a long time, and since its inception underwent metamorphosis – from the most powerful method in Applied Psychology, the pockets of which still exist, to the most misunderstood and misused system.

New schools of thoughts emerged, completely oblivious to the extraordinary work and achievement of the originators in Santa Cruz. They equate it with quick fix methodology, holistic healing. Reiki, esoteric philosophies and shortcuts to therapy.

It is an unfortunate development because in the process of this negative metamorphosis, the art and science of true Neurolinguistic programming got largely lost. It’s time to bring the truths to the table.
Here it is:

1. Neurolinguistic Programming techniques are useless unless applied strategically within the context of understanding of the thinking process into which these are to be applied.

Being able to gather information is key to being effective in using NLP. This is the part where most practitioners fail and “nlp” trainings are useless. To be able to dis-assemble what is going on in the human mind takes skill. It is the ability to:

–Get out of your own way and bypass your expectations, which is where most therapists and practitioners get stuck, rendering any intervention useless, If I am locked onto the box of my expectations, I interpret what I am perceiving through this lens.

By default I become oblivious to everything that exists outside the box. I call this “therapist contamination”. Holding your own expectations in abeyance while being open to possibilities is an art in itself and must be taught in a good NLP training.

This teaching is experiential as people must experience the process of “getting out of their own way” which can be at times painful.

–Be able to think logically in reverse. Now this is where the fun begins.

What we observe – a human problem as described by a client (for the sake of the argument everyone is a client), has criteria the client applies to it (the meaning of something) which is supported by a deep layer of beliefs that have been constructed on some fundamental belief about the self, sometimes in early childhood.

Effective Neurolinguistic Programming is the process we use to dis-assemble these beliefs and their implication structures, backwards, from what we are presented with to what is.

Once we have dis-assembled or reverse engineered these problems we are in the position to influence change using the exact same systems a client used to create the problem.

Neurolinguistic Programming is the “Aikido” of the mind.

Anything else is beating around the bush and wasting time and the client’s money.

People have hard time thinking precisely and logically in the first place. Doing it in reverse seems even harder. Learning how to do it IS the pivotal aspect of a good NLP training.
Being able to do this requires extreme precision, being able to get out of your own way (your expectations), mastery of language, and the ability to think strategically on multiple levels. It is pure Math.

—Being able to step into the mindset of the client. This is relatively easy once you got out of your own way. Luckily there are many truths you can build rapport on. These truths are hidden in the realm of the client’s mind. These are:

—The client believes he/she has a problem and has criteria for it. (Here you better ask some precise questions to figure out the meaning of the problem as defined by the client).

b. The client feels stuck and unable to “fix it” themselves and believes I am the one who will “fix it” for them. This is illogical because I cannot make anyone feel or do anything. I can only guide them outside the box of their perceived limitation into the open field of alternatives.

c. The client is an expert in having their problem. They know how to have it, when to have it, how to maintain it and the reason (logical to them but globally illogical) for having the problem. Once upon a time they hypnotized themselves into accepting a particular “truth,” and now are working hard to maintain it (on other than conscious level). That “truth” is hidden and must be dis-assembled

d. The problem serves a useful function in the person’s life despite the price the client is paying for “having it”. An “alcoholic:, for example, would prefer to continue drinking in the absence of diminished health, depleted bank account and other negative consequences of drinking because drinking gives him(her) a sense of relaxation or whatever other gain.

My purpose with an “alcoholic” is that he/she can drinking and remain in control of their bottle and still feel confident (as they did when drinking), and socially involved. This work is fundamental in helping clients get rid of habituated patterns, It does not stop with removing the bottle.

Someone has done something really well in order to have created it and maintained it. To help them change it, we better dis-assemble the process for having created it.

This requires thinking in reverse and dis-assembling it top down through the implication structures inherent in the lattice of beliefs. This is where “nlp” that has nothing to do with TRUE NLP fails miserably.

All the information is included in the current problem. It is the map of the original. Dis-assembling the current situation correctly, dis-assembles the blueprint. This is why TRUE NLP is so powerful. Therapy does not take 10 years.

—-Problems are not isolated. They are pervasive. Depression, for example will have an impact on a person’s relationships, finances, creativity, energy levels, physical health. Treating symptoms in isolation is “missing the boat”.

The beauty of NLP lies in its ability to look at things systemically as well as strategically. If it’s not systemic it’s not TRUE NLP.

–Problems occur on mis-matched logical levels. Translating it into a common man language, people create illogical equations in their minds such as “I am stupid because I failed on a math test”. Here the client equates self-worth with performance on a math test. The two have nothing to do with one another.

Who I am has nothing to do how well I perform at a task. Unfortunately people live in the universe of such “illogicalities” equating themselves with some sort of an outcome.

“I am a bad mother because my child is crying”, ” I am a horrible person because my husband left me”, “I am a nobody because I have lost my investment”. Etc.
Good NLP addresses these illogical equations.

An effective Practitioner will not only recognize these illogical equations and their implications across the fabric of a person’s life, but be able to apply what we call in Math, “Proof by contradiction,” to facilitate the client recognizing the absurdity of this equation.

Once the client recognizes that even in one instance the belief does not hold true, they will accept the fact that whatever they believed as “truth” may also not be true. We have chiseled away at a previously stable and unsatisfactory system.

Neurolinguistic Programming is a logical, systemic, strategic and powerful methodology.  NLP is hypnosis.

Ericksonian hypnosis is the methodology despite some trying to differentiate the two.

I have been trained in many different modes of intervention. This one is by far the most powerful as it allows for precision, logical intervention, measurable results.

“Prosperity is the ability to maintain an optimal state of mind independent of external circumstances.”